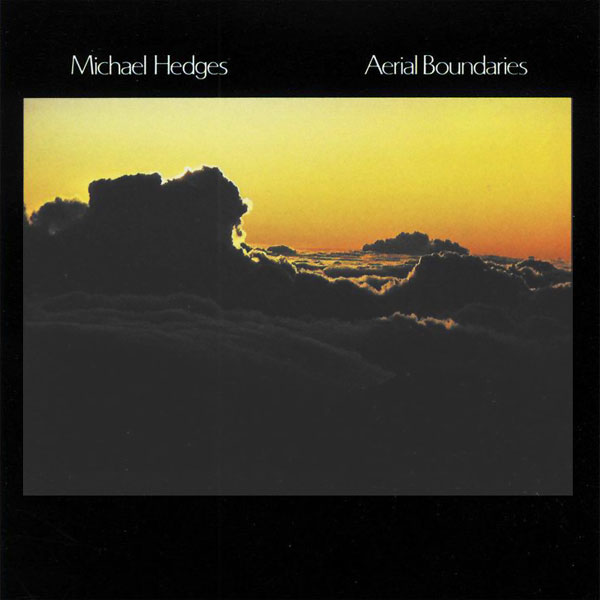 Sony Music
AllMusic Review by Daniel Gioffre
This is the finest album from Michael Hedges, the man who is responsible for the greatest revolution in solo acoustic guitar playing since Leo Kottke. There are moments on Aerial Boundaries where it seems literally impossible that so much music is coming from one man and his guitar. Attacking his instrument, snapping strings, banging on the fingerboard with his right hand, Hedges plays supremely beautiful music with the technique of a deranged lunatic. It has been said that genius is at least one part madness -- although a questionable assertion in general terms -- when applied to Hedges and his music, the analogy holds. The songs on Aerial Boundaries are all beautiful and haunting in their own right; and it is this emphasis on composition over technique that makes this such an important recording. Hedges makes the breadth of his musical interest known by the inclusion of the extremely interesting electronic piece, "Spare Change." Even though the liner notes assure the listener that the guitar is the origin for every sound heard, Hedges has electronically manipulated some of them to an almost unrecognizable point, yet he has still managed to create music of untarnished beauty. There is something of the music of minimalist Steve Reich's (thanked in the liner notes) in this track, as the cycling, overlapping guitar tracks are almost trance-like in their repetitiveness, yet utterly musical in their constant revelations. Aerial Boundaries is simply one of the finest acoustic guitar albums ever made, and deserves a place in the library of all serious music fans.