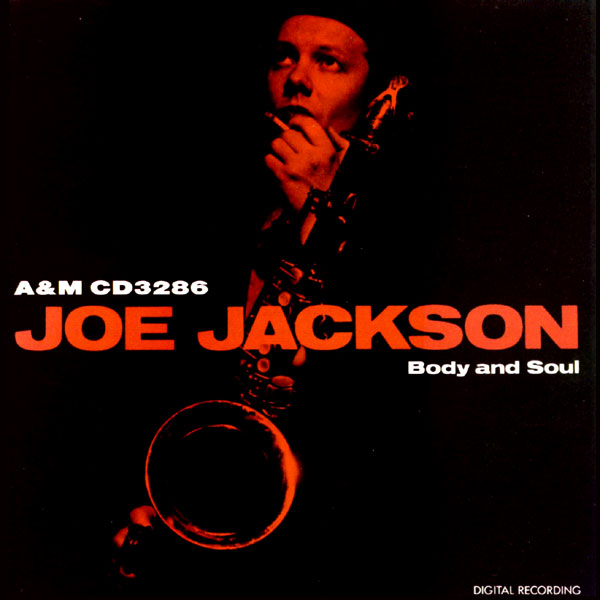 A&M
AllMusic Review by Mike DeGagne
Body and Soul has Joe Jackson playing both hot- and cool-styled jazz songs, getting some worthy help from producer David Kershenbaum, who also lent Jackson a hand on his I'm the Man album. This is Jackson at his smoothest, from the fragility of "Not Here Not Now" to the earnestness of "Be My Number Two." While both this song and "Happy Ending" charted fairly low in the U.K., the explosive "You Can't Get What You Want" went to number 15 in the United States, thanks to the brilliant horn work and colorful jazz-pop mingling of all the other instruments, not to mention Jackson's suave singing. But the album's energy isn't spent entirely on one track. "Cha Cha Loco," "Losaida," and the cheery yet stylish "Go for It" carry Jackson's snazzy persona and enthusiasm even further, laying claim to how comfortable he really is at playing this style of music. Sometimes sounding preserved and entertaining in the same light, Body and Soul uses some of the character of 1982's Night and Day album, but instead of splitting up the music into mild jazz, pop, and modern R&B, he decided to tackle one of the genres wholeheartedly, and in doing so he came up with a truly impeccable release.