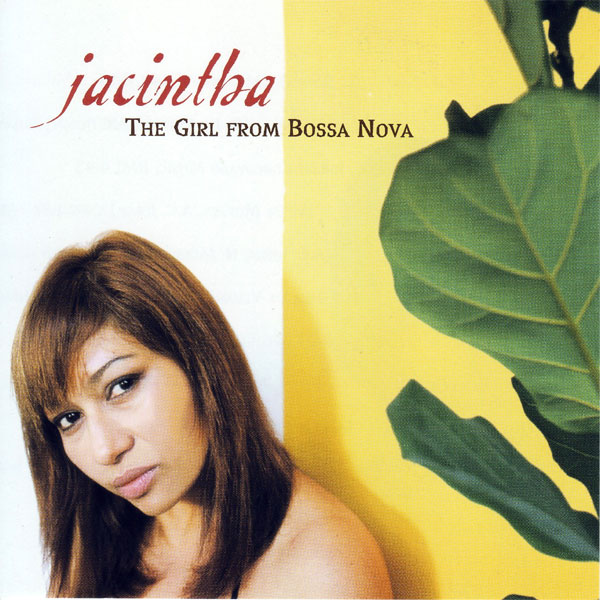 Jacintha - The Girl From Bossa Nova

Groove Note Records
Review by Felix Contreras
The Girl From Bossa Nova (Groove Note) is not from bossa nova actually. Or Brazil. In fact, she is not even from anywhere in Latin America. Vocalist Jacintha is from Singapore, but she hopscotches her way through a handful of outstanding Brazilian tunes on this CD. Working with a group that includes legendary Brazilian percussionist Paulinho da Costa, Jacintha's sultry vocals move quite easily into bossa nova mode from her usual torch-singer style. The problem with the album is that we have heard many of these tunes ("Desafinado," "Wave," "How Insensitive," "Corcovado," "Waters of March," etc.) countless times by better singers. Songs by composers like Vinicius de Moraes, Tom Jobim or Luiz Bonfa are not serviced by Jacintha's inability to dig into the saudade (melancholy) that makes their songs so distinctive and timeless.