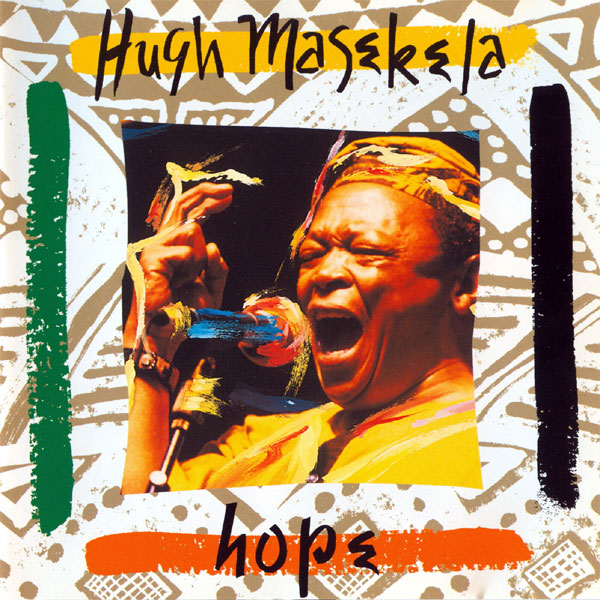 Analogue Productions
AllMusic Review by Richard S. Ginell
Now happily resettled in South Africa, Masekela assembled a seven-piece group there and recorded an informal guided tour of his life and repertoire live in Washington D.C.'s Blues Alley. The songs stretch over a period of nearly five decades and several countries and composers - from an incantatory Alexandria township tune, "Languta," which he learned in 1947, to a fairly ordinary piece written by keyboardist Themba Mkhize in 1993, "Until When." "Abangoma" starts the CD out on the right track, hearkening back to the early fusion of African music and jazz that Masekela was playing back in 1966. "Mandela (Bring Him Back Home)" may have lost some of its political raison d'etre by 1993, but it remains a good tune, and the band plays it with enthusiasm. Yet Masekela's biggest hit, "Grazing in the Grass," sounds a bit tired in this live rendition. There are two songs by the prolific South African composer Caiphus Semenya, "Nomali" and the driving "Ha Le Se," and the late Nigerian idol Fela Anikulapo-Kuti is represented by "Lady." Clearly the resolution of the political struggle in South Africa had mellowed Masekela; he sounds happier, perhaps less fiery, certainly more polished and refined on the trumpet and flugelhorn than when he started out. But when you hear his bitter narration on "Stimela," describing the life of formerly conscripted coal miners, you suspect that not all of the old wounds have healed.