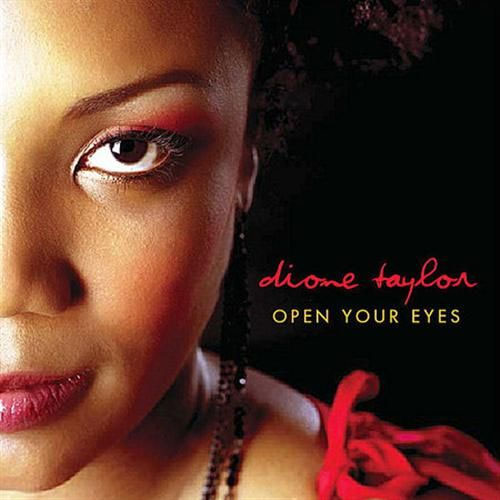 Matay Records
Music has always been a part of Dione Taylor's life. Born and raised in Regina, Canada, Miss Taylor's musical career blossomed from the church to the Royal Conservatory and the University of Regina. Having relocated to Toronto, Dione graduated with honors from Humber College Of Applied Arts and Technology where she also received the Thomas Kehoe Memorial Award for her outstanding vocal performance style. Most notably, Miss Taylor was selected to be one of six jazz musicians from around the world to participate in "Jazz and the New Generation", a program sponsored by The Kennedy Center in Washington D.C. Led by jazz legend Dr. Billy Taylor (no relation), Dione and the ensemble performed a concert on the legendary Millennium Stage.
On May 31st 2004 Soular Productions proudly released Dione Taylor's debut CD "Open Your Eyes"(Matay Records) to a packed house at Toronto's notable jazz club, the Montreal Bistro. Merely two weeks after releasing her CD, Dione Taylor was invited by Dr. Billy Taylor (Jazz Piano Legend, National Endowment of the Arts, Artistic Director of Jazz at The Kennedy Center) to perform with him and his trio for a celebration commemorating June as Black Music Month in the United States. The ceremony was held at The White House in Washington D.C. before an appreciative crowd of dignitaries including the President of the United States and the First Lady.
In October of 2004, Dione Taylor 's debut album "Open Your Eyes" was nominated for an award by the Urban Music Association of Canada (UMAC) for Jazz Recording of the Year. In February of 2005, The Canadian Academy Of Recording Arts and Sciences (CARAS) and CTV announced the nominations for the 34th annual JUNO Awards, Canada's Music Awards. Among the nominees are the key players in Canada's music industry including artists, producers and music industry professionals. Dione Taylor's debut recording "Open Your Eyes" from Matay Records/Festival received industry acknowledgement with a nomination for Vocal Jazz Album of the Year! Most recently, Dione Taylor's CD "Open Your Eyes" was voted as one of the Top Jazz Albums of 2004 by Jazz Fm 911 and received yet another nomination for Vocalist of the Year from the National Jazz Awards.
Dione Taylor is most definitely a rising star in the jazz world!