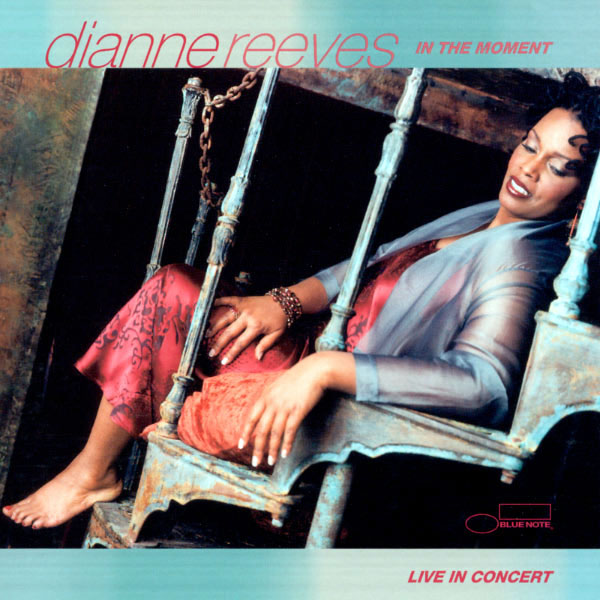 Dianne Reeves - In The Moment - Live In Concert

Blue Note
AllMusic Review by Richard S. Ginell
Dianne Reeves struck the high point of the first day of the 1999 Playboy Jazz Festival at the Hollywood Bowl, finding a groove and running with it toward a swinging, stomping climax. Naturally then, anticipation ran high about this live recording, made only seven months later in the same city with the same Afro-Latin-accented backup band. What we get, though, is a different -- and mixed -- bag, an intimate, more musically varied concert before only 300 or 400 invited listeners in Los Angeles's S.I.R. Sound Stage instead of 17,600 party animals in the Bowl. Reeves is in commanding, assured voice throughout the session, roaming from genre to genre without a hint of unease. There is a lot of autobiography here ("The First Five Chapters," "The Best Times"), where Reeves sounds as if she is making the stories up on the spot; she isn't, but the illusion of spontaneity is convincing if you play along with her. While Reeves' cousin George Duke kicked the Playboy gig into an even higher gear, here he makes only a single appearance on acoustic piano in the ballad "Come In" -- and it's a rather mild-mannered cameo, alas. There is a Brazilian set where she looks back to her days touring with Sergio Mendes with a freely-phrased "Triste" and a very intimate rendition of Milton Nascimento's "Bridges" with solo guitar. The following track - a hot Brazilian-flavored "Love For Sale" - does recapture a good deal of that mighty groove as heard in the Bowl, but "Afro-Blue" and the closing "Mista" don't come close. Make no mistake, this is a very good recording, but it had the ingredients to be a great one.