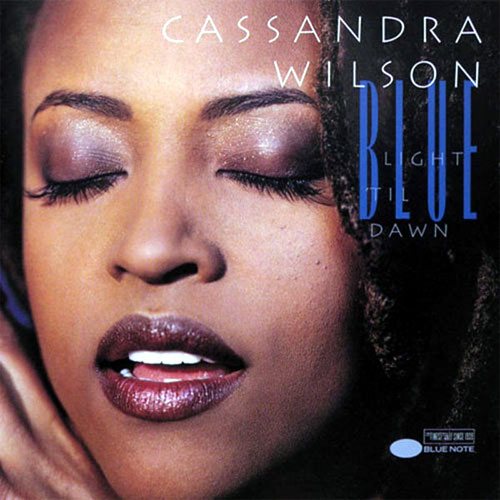 Blue Note
AllMusic Review by Ron Wynn
Cassandra Wilson has steadfastly refused to be pigeonholed or confined to any stylistic formula. Her highly anticipated Blue Note debut may stir renewed controversy, as she is once again all over the place. She begins the set with her intriguing version of "You Don't Know What Love Is." Then she moves from two Robert Johnson covers ("Come on in My Kitchen" and "Hellhound on My Trail") through rock compositions from Van Morrison and Joni Mitchell, her own title track, blues cut "Redbone," and a piercing version of "I Can't Stand the Rain" that can hold up to comparisons with Ann Peebles' classic. She doesn't have Johnson's menacing quality (who does?), but does invoke an equally compelling air. Wilson has great timing, pacing, and delivery, and certainly has blues sensibility in her sound.